10 amazing abbeys and priories to visit in Berkshire

Henry VIII was a bit of a rotter but one thing he did bestow on us was romantic ruination courtesy of his Dissolution of the Monasteries. Here are the best monastic memoirs from the county of Berkshire | Words: Stephen Roberts

I’m starting at Kintbury for two reasons. We think of monasteries as post-Norman Conquest, however, there were older, Anglo-Saxon ones, of which Kintbury was reputedly an example.

You also won’t find Kintbury today, as sometimes these places are transient. We know about Kintbury because of Wulfgar’s will (AD 930s), which granted land at Inkpen to it.

The abbey may have lapsed as there is evidence of a scheme to re-establish it with a nunnery in the mid-12th century, but nothing appears to have come of this.

Kintbury Lock on the Kennet and Avon canal near Newbury. Berkshire. England

And so, on to the remains. Ankerwycke Priory (or St Mary’s) at Runnymede is just crumbling walls today, but a place of resonance where a nunnery once stood.

Built during Henry II’s reign, following its dissolution, it was privately-owned and patched up before falling into disrepair from the 19th century, leaving today’s overgrown walls.

There is romance here though. The Ankerwycke Yew is said to be 2,500 years old and could be the tree beneath which Henry VIII courted the ill-fated Anne Boleyn. 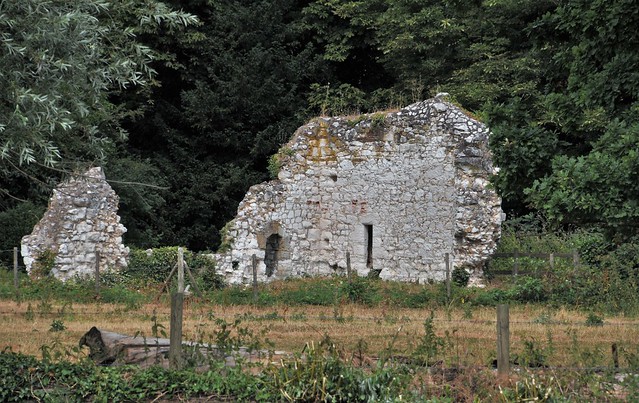 Another fascination is how things change. Sandleford Priory in Greenham is a Grade I-listed mainly late-18th century country house, but built on the site of an old monastery, the former chapel of which is today a part of St Gabriel’s School.

The small Augustinian priory was certainly here around 1200 but come 1440 the establishment was already in a parlous state and was therefore dissolved within the next 40 years: not one we can blame on Henry VIII.

Prior Simon Dam was turfed out for ‘indiscretions’ (ooh er).

Another intrigue is that monasticism is still alive and well in Berkshire in the early-21st century. A modern Benedictine order has existed at Douai Abbey, Woolhampton, near Reading, since 1903.

First established at Douai (France) in 1615, the community moved to England when French ‘teaching religious communities’ were suppressed.

A large but incomplete abbey church was started in 1928, although the site also benefited from older buildings, including a Gothic church of 1848. 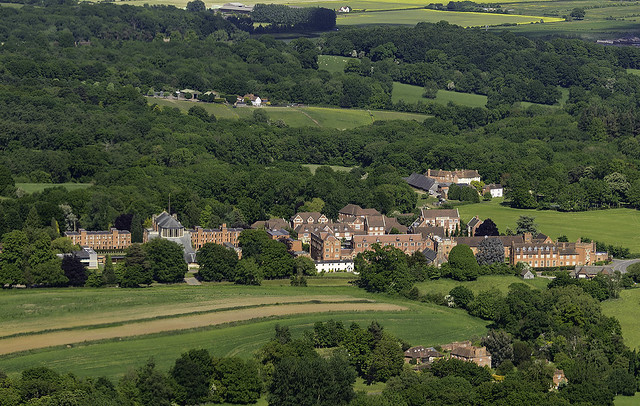 Meanwhile, back with the Anglo-Saxons, Sonning Minster was definitely around in the 9th century and appears to have been tied in with another establishment in Wiltshire during the 10th and 11th.

Sonning Minster was of local importance with its brethren heading out to administer to the locals.

The current parochial church of St Andrew’s dates back to the minster’s origins, was largely revamped in the Middle Ages, then was rebuilt and restored by the Victorians, and sits overlooking Sonning Bridge (completed 1775). 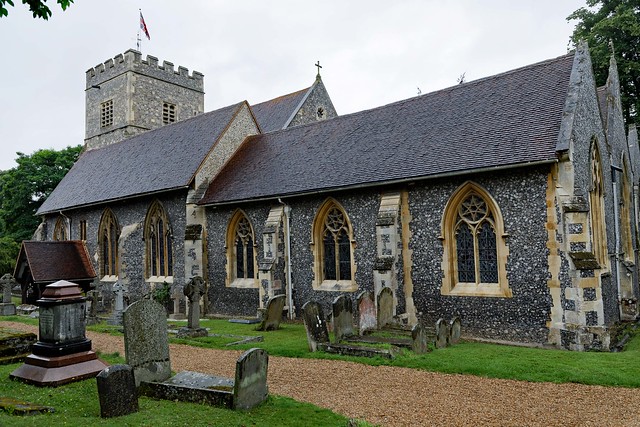 I’m heading into Reading big-time, as three of my top five are located in this historic market town. Reading Greyfriars was originally founded in 1233, then relocated to a new site over 1285–86 with the permission of Reading’s abbot.

The church was soon built (1311) and is today Grade I listed, the oldest Franciscan church still in use in the UK, and possibly the finest example of Franciscan architecture still extant in England.

The friary was dissolved in 1538 and was subsequently used as a hospital, poorhouse and gaol. 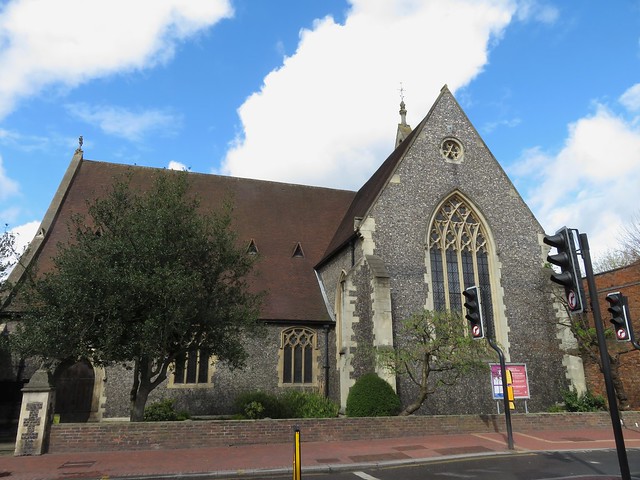 I always think of footie with Bisham Abbey as the site is now home to a National Sports Centre.

The abbey’s predecessor, Bisham Preceptory, was founded by the Knights Templar before 1139, but after its dissolution in the early-14th century, the Augustinian abbey was established to the north-east.

Dissolution followed in 1536, although there seems to have been a brief reprieve with a community of Benedictines then moving in, before final closure was confirmed in 1538. The site is said to be both haunted and cursed. 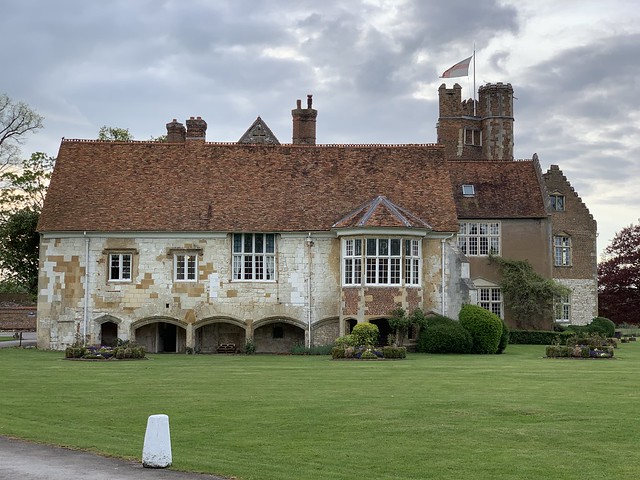 The second of Reading’s monastic sites was Reading Nunnery, or Minster, first established under the Anglo-Saxons in 979, but seemingly dissolved as early as 1016, with the site later being granted to Battle in Sussex by William the Conqueror.

St Mary’s Minster Church now occupies the site, which was restored in the mid-16th century using stone and timber from the dissolved Reading Abbey.

Although outranked by the abbey, the minster church regained some of its importance after the dissolution of the former. 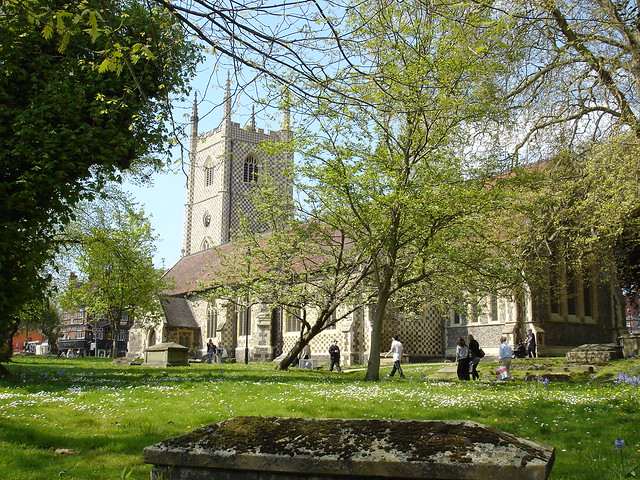 Berkshire was not over-endowed with splendid monastic houses, but there were two exceptions, the first being Hurley Priory, a small Benedictine establishment founded around 1086.

After its dissolution in 1536, the lengthy, narrow nave became the parish church and remains so today.

It has an excellent Norman west window, and other windows and renovated doorways of the same period. Of the rest, the main relic is the refectory range, mainly Norman, but augmented in the 14th century. 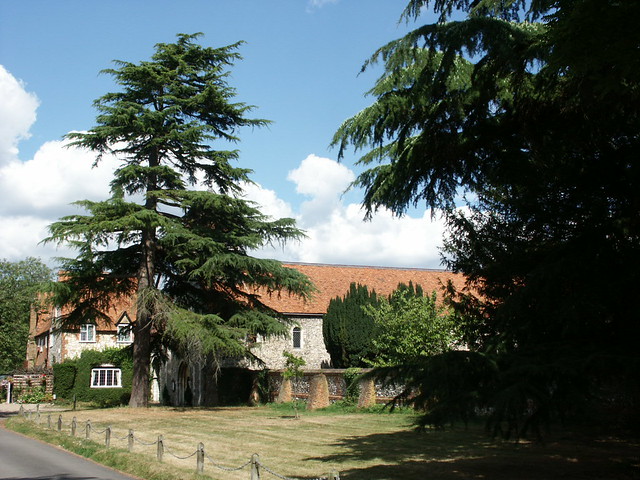 Leaving the best until last, mighty Reading Abbey was so powerful it was able to have a dependency as far away as Leominster (Herefordshire).

Founded in 1121, during Henry I’s reign, and at its peak one of Europe’s largest royal monasteries, its most prestigious burial was that of Henry himself in 1135. The abbey was dissolved in 1538 with the last abbot executed.

A major conservation project saw the ruins and gateway reopened in 2018. Other remains include the chapter house and intact hospitium (pilgrims’ dormitory).