Everything you need to know about Edward III

Edward III started life in Windsor, where he was born on 13 November 13 1312. It was a Monday, the beginning of a new week, and a fresh start in many other ways too.

His mother, Isabella of France, was happier than she had been for a while. Her husband, Edward II, had been less than faithful and there had been animosity between them. Things improved after the death of the king’s male lover and now they had a son and heir.

She was ambitious though and wanted the English throne for her son. The upshot was that Edward II was jailed and later killed, and suddenly, at the age of 14, Edward III became the new king of England.

19th-century illustration of scene where queen Philippa (1314-1369), the queen of England, persuades her husband to spare the lives of the Burghers of Calais, whom he had planned to execute as an example to the townspeople following his successful siege of that city. Original artwork published in "A pictorial history of the world's great nations: from the earliest dates to the present time" vol.2 by Charlotte M. Yonge (Selmar Hess, New York, 1882). Photo: Nicoolay/Getty Images/iStockphoto

In those early years, Edward was a token king and had many advisors, the greatest being his mother. He quickly became his own man though and a proper king at the age of 18. Having been forced to grow up very quickly, he made the most of his power, and is now considered to be one of the best and most successful monarchs in history.

Having been born in Windsor, he loved it and spent as much time there as he could, not just reigning from there but also enjoying the Berkshire countryside as a very good horseman and hunter.

Knowing that England did not need further attacks on the monarchy, one of his first moves was to attack Nottingham Castle, where his mother and Mortimer were co-habituating. His attack was a surprise and he exiled his mother and sent Mortimer to the Tower. That was just the start.

During his days at Windsor, Edward had studied history among other things and he was none too happy about some of the things he read. 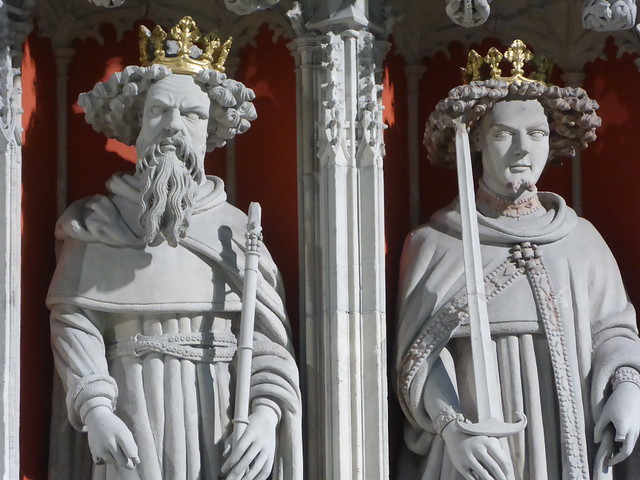 He was inspired to lead England into battles to reinstate English rights over various territories and among his most successful campaigns was trouncing the French on their own soil and taking back what he considered to be English rights. He did something similar in Scotland and for a while he was king of England, Scotland and France.

Edward III’s days of living in Windsor Castle, studying history and learning to be a great rider and combatant combined and, in fact, Edward III became a knight in king’s clothing.

He was so inspired by English traditions that in 1344 he held a round table tournament at Windsor and took a solemn vow to form an order of knights – Arthurian Knights.

That is how we have The Most Noble Order of the Garter. On 24 June 1348 at Windsor the order began with the King, the Prince of Wales and 24 others; 12 each selected by those two leaders.

They chose St George as their Patron Saint and it was the nearest to King Arthur and the knights of the round table to ever have been verified. Thus it could be said that Windsor may have a strong claim to the legend of King Arthur becoming reality.

Edward’s military campaigns were expensive and taxes went up and up while he was on the throne. However, the people loved him and did not rebel against the rises as they saw England prosper in other ways.

The Black Death also decimated the population during Edward’s reign in 1348, when he was 36 and married to Philippa of Hainault. Almost half of the population was wiped out, including Princess Joan, who was Edward’s favourite daughter.

Edward III outlived his wife by 10 years and remained king until 1377, which meant that he was on the throne for 50 years. He was succeeded by his grandson Richard II, son of Edward the famous Black Prince - Edward III’s firstborn son. 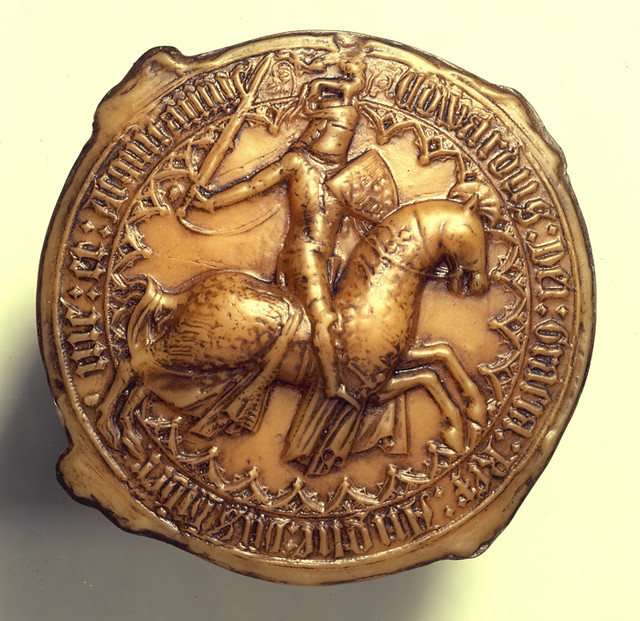 That Edward had died the year before his father, thus his son became king at the age of 10 and it all began again.

Edward III bequeathed to the nation a sense of right, a sense of duty and self-esteem just as we still see in Berkshire to this day.

Edward III liked nothing better than having a few friends round for the weekend at Windsor. They would engage in games and picnics and also some jousting and other equestrian and combat pursuits – just for fun.

The highlight of those events though was a big banquet that was enhanced by the entertainment provided by the king’s favourite musicians, singers, occasionally an acrobat or two but also a ‘fool’. The court jesters were very popular in those days and both Edward III and his father constantly had jesters around to provide a few laughs at any given moment but certainly to put on a major act at the banquets. 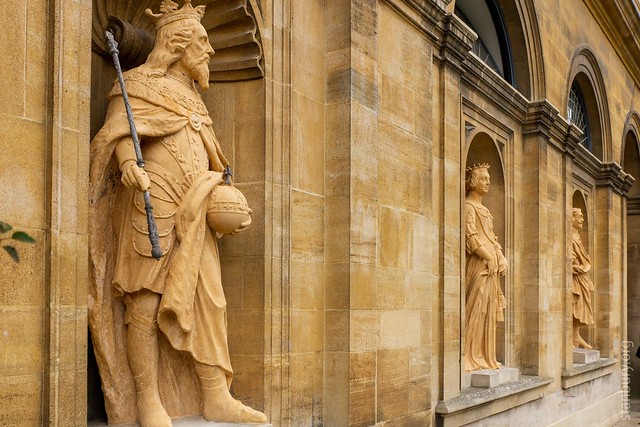 They were allowed to be irreverent and sometimes quite crude but whatever their particular talents, throughout the 70 years the many jesters who served Edward III and his father all had one thing in common – they were all called Robert.

It was not their real names but perhaps it was part of the joke or perhaps both Edwards had trouble remembering names. Whatever the reason, Robert was the Fool.

Chaucer’s Canterbury Tales are right up there with Shakespeare, Dickens and other icons of English literature, but did you know that Geoffrey Chaucer was actually a civil servant personally engaged by Edward III? 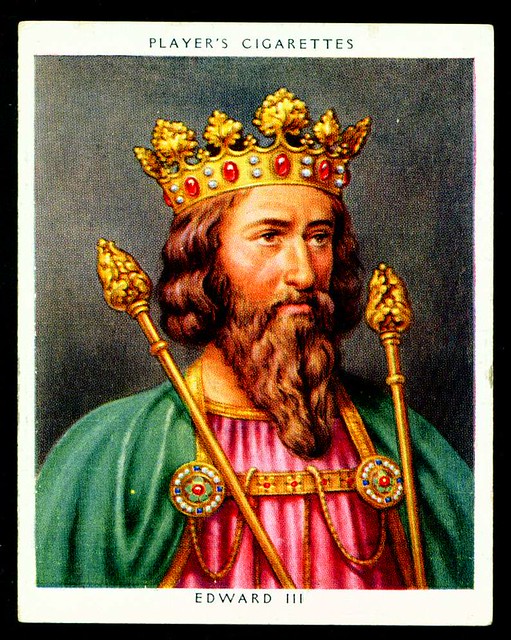 Edward was famous for his love of literature and perhaps that helped their relationship but Chaucer was more than a writer. He had studied law, which made him very useful to the court and thus he became appointed as a yeoman, a kind of squire.

When Edward went to war in France, Geoffrey Chaucer went into battle with him and was quite a military man. He was also a man who spoke well in addition to writing well and so he became a king’s emissary and travelled all over Europe.

Chaucer was clearly close to the king while his wife Phillipa was lady-in-waiting to the Queen. They were highly regarded in court and no doubt if Chaucer could have written the king’s biography he would have had even more tales to tell.